Arms sales and Erdogan’s tough-guy appeal have been part of the mix. 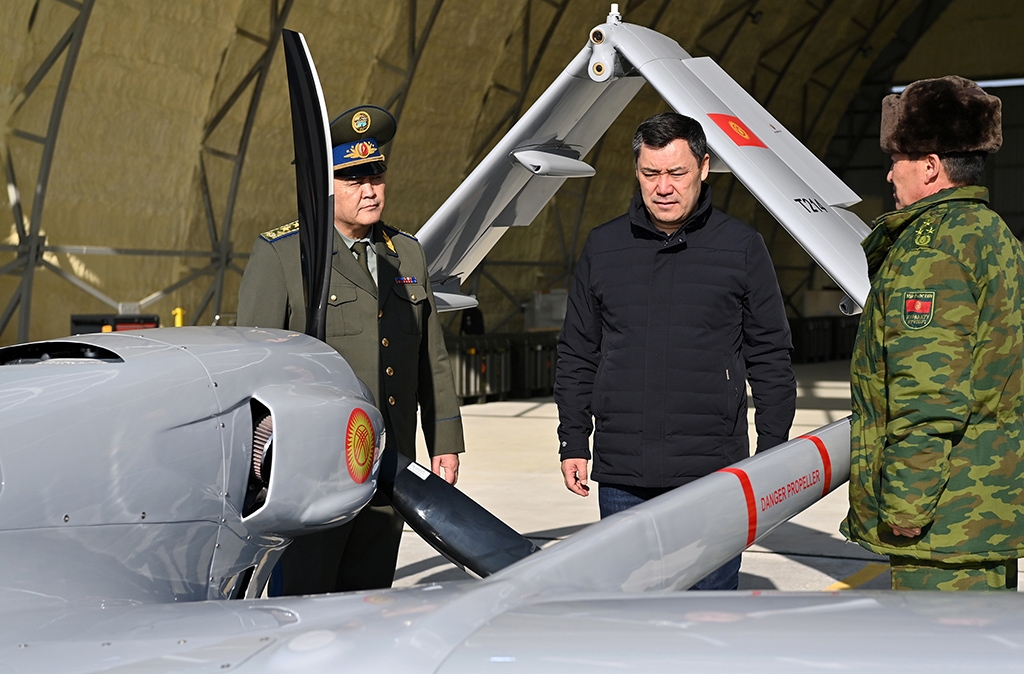 Turkey is expanding its footprint in Central Asia, offering the region’s leaders a welcome alternative as they reassess how to balance ties with Russia, the West, and China.

Russia’s image internationally and fortunes financially are nosediving due to the Kremlin’s adventurism in Ukraine. The West has been in retreat across the region for years, all the more so after pulling its forces from Afghanistan. And many people in Central Asia thinkChina already has too much influence.

So it is a good time for Turkey and its president, Recep Tayyip Erdogan, to seek closer ties to the Turkic Central Asian states – Kazakhstan, Kyrgyzstan, Turkmenistan, and Uzbekistan.

Turkey’s relationship with the four was slow to develop after the Soviet Union collapsed in 1991. At first, Turkey struggled to provide the kinds of financial and security help they needed. It also failed to channel its linguistic and cultural affinities into something cohesive. The club it established with the four Turkic-speaking countries in Central Asia, plus Azerbaijan, has been renamed a few times (it is currently the Organization of Turkic States), but for many years its annual meetings produced little more than feel-good press releases.

But over the last few years, it has been Turkey’s hard power, rather than its soft power, that gained attention in Central Asian capitals.

Turkish drones clearly helped Azerbaijan win the 2020 Nagorno-Karabakh war; they are again being put to devastating use in Ukraine against invading Russian forces. These wars, plus Turkish troops in Syria, have lifted Turkey’s image. Central Asia’s leaders have noticed.

Turkmenistan is one of Turkey’s leading arms buyers, showing off those Bayraktar TB2 drones at an independence day parade last year.

Kyrgyzstan also bought the Bayraktar last year, reaching a deal with Turkey shortly after fighting a brief but destructive battle with neighboring Tajikistan.

In February, two days after Russia launched its invasion of Ukraine, the head of the Kazakh Defense Ministry’s international cooperation department, Olzhas Khussainov, met with the military attaché of Turkey in Kazakhstan, Fatih Pala, to discuss cooperation. Kazakh President Kassym-Jomart Tokayev is due to travel to Turkey to meet with Erdogan in May.

Shortly after Central Asia’s independence, Turkey established itself as a commercial partner, but for those nations that publish statistics, turnover with Turkey still hovers in the single digits. In Kazakhstan, according to the most recent World Bank data, Turkey is not even a top-five trading partner. In Kyrgyzstan, Turkey took fifth place, but with only 4.5 percent of turnover.

Ankara promises to boost these figures.

Faced with drug shortages due to a Russian export ban, Kyrgyzstan said in mid-March it would turn to Turkey and on April 14 Kyrgyzstan’s Health Ministry said Turkey had become the country’s largest supplier of medicine.

The caveat to warmer ties is that much of Turkey’s foreign policy hinges on its strongman president, Erdogan, who has been the driving force in boosting cooperation with Central Asia and seems to hold personal appeal for the region.

He has stood up to Vladimir Putin in Syria and dismissed the Russian president’s boast about his COVID antibody level.

And with Beijing, Turkey regularly raises its brutal campaign against the Uyghurs and other Muslim citizens in China’s western Xinjiang region. Erdogan in 2009 accused China of genocide there. While he has tempered his words more recently, he told Chinese President Xi Jinping during a July 2021 phone call that Turkey wished to see Uyghurs live peacefully as “equal citizens of China.” Foreign Minister Mevlut Cavusoglu raised Turkey’s “expectations and sensitivities” regarding the Uyghurs during talks with Chinese Foreign Minister Wang Yi earlier this year.

Central Asian leaders do not stand up to Putin and they avoid as much as possible even mentioning Xinjiang. But they must admire Erdogan’s moxie and see the benefits of close ties to a strong Turkey, at the very least to balance demands from Russia, China, or the West.

For its part, Ankara may see its Central Asian inroads as compensating somewhat the disruptions to Black Sea trade and security caused by Russia’s partial seizure of Ukraine’s coast.

Bruce Pannier studied at Tashkent State University in summer 1990, lived in villages in Kazakhstan, Kyrgyzstan, Turkmenistan, and Uzbekistan in 1992-1993, and has been covering Central Asia as a journalist since 1995.

Sign up for Eurasianet’s free weekly newsletter. Support Eurasianet: Help keep our journalism open to all, and influenced by none.