A Winter War in Ukraine Can Only Mean Trouble: As the Ukrainian Armed Forces (AFU) say they hope their offensive reaches the city of Kherson by this winter, Russia continues preparation for a massive counterattack which could begin as early as next month. The results of that battle are likely to be bloody and destructive, but unlikely to settle the war one way or the other.

(Watch the author of this piece, 19FortyFive Contributing Editor Daniel L. Davis on Fox News discussing the war in Ukraine.)

To understand what is likely to happen in the phase of the war in November and December, it is useful to consider the flow of events between the start of the conflict and today. When Russia launched the war on February 24, it initially shocked the Ukrainian defenders and captured massive swaths of territory, including the regional capital city of Kherson by the seventh day. But once the initial shock wore off, Ukrainian troops stiffened and began launching fierce counterattacks, especially north of Kyiv.

By early April, Russian casualties had risen so high in both personnel and equipment, they were forced to withdraw from Kyiv and Kharkiv, repositioning to the east in the Donbas. Russia then began a new offensive and captured Mariupol, Severodonetsk, and Lysychansk by the first of July. But then, owing to significant losses of troops and tanks, Russia’s offensive began to run out of steam.

Ukraine took advantage of the slowdown in Putin’s drive to form an offensive punch of its own, and in late August began to launch twin offensives in the Kherson and Kharkiv regions. Initially, the Kherson drive failed, but the Kharkiv attack succeeded beyond Zelensky’s expectations. After recapturing thousands of square kilometers of territory, Ukraine’s offensive is now running out of steam itself, for many of the same reasons Russia’s Spring offensive had (significant loss of troops and armored vehicles).

Russia is now preparing its next round of offensive. When Zelensky’s troops humiliated Russian forces by taking so much territory in the Kharkiv region, Putin responded by unilaterally annexing part of eastern Ukraine and announcing the mobilization of hundreds of thousands of additional troops. As of today, Ukraine continues to try to grind out offensive actions against Russian troops in both the north and south, in an effort to capture as much territory as possible before the arrival of significant Russian troops. But that effort just got a lot harder.

In retaliation for the Ukrainian attack on the Kerch Bridge linking Crimea to Russia, Putin has launched hundreds of missiles and attack drones on scores of Ukrainian cities, dealing a significant blow to the power and transportation infrastructure in the country. The loss of energy won’t simply make life miserable for the Ukrainian civilians but will hamper Zelensky’s efforts to move troops around the battlefield and provide fuel and electricity necessary to sustain the war effort. Meanwhile, Russia appears to be readying for a major incursion into Ukraine, as early as November.

Throughout the Ukrainian offensives since August, Russian strategy appears to be a bend-but-don’t-break tactic, as they have conducted fighting withdrawals from numerous cities while inflicting as many casualties as possible on the attackers. The objective appears to be seeking to buy time for the arrival of major reinforcements resulting from Putin’s mobilization order. Since September, however, the Russian forces have been quietly stockpiling massive amounts of fuel and other supplies necessary to launch and sustain a major offensive; the largest buildup since the war began.

The mobilization of the Russian population has had major disruptions and has had abysmal results in some parts of Russia. But not all. There is also a patriotic element in Russian society that has been answering the call and after trying to correct some of the deficiencies, the Russian army is growing. No one can predict the outcome of the coming offensive, but the trends don’t favor Ukraine.

They have lost a lot of the initial momentum of their counteroffensive and have suffered significant losses, just as Russia began to attack critical infrastructure throughout the country at a level not seen since the war started, while simultaneously preparing to introduce potentially another one hundred thousand or more troops to the next phase of the war (with additional waves likely in the winter). The temperature has already started dropping into the 30s in Ukraine and typically from November through January, snow can be expected, along with sub-zero temperatures.

While Ukraine’s energy and industrial infrastructure continue to suffer battle damage, Russia’s energy reserves are virtually unlimited, and its military-industrial capacity has also been mobilized. By this winter, they will be producing a constant stream of war materiel and ammunition, while Ukraine will be almost completely dependent on supplies from the West that may or may not arrive in time or in required quantities. 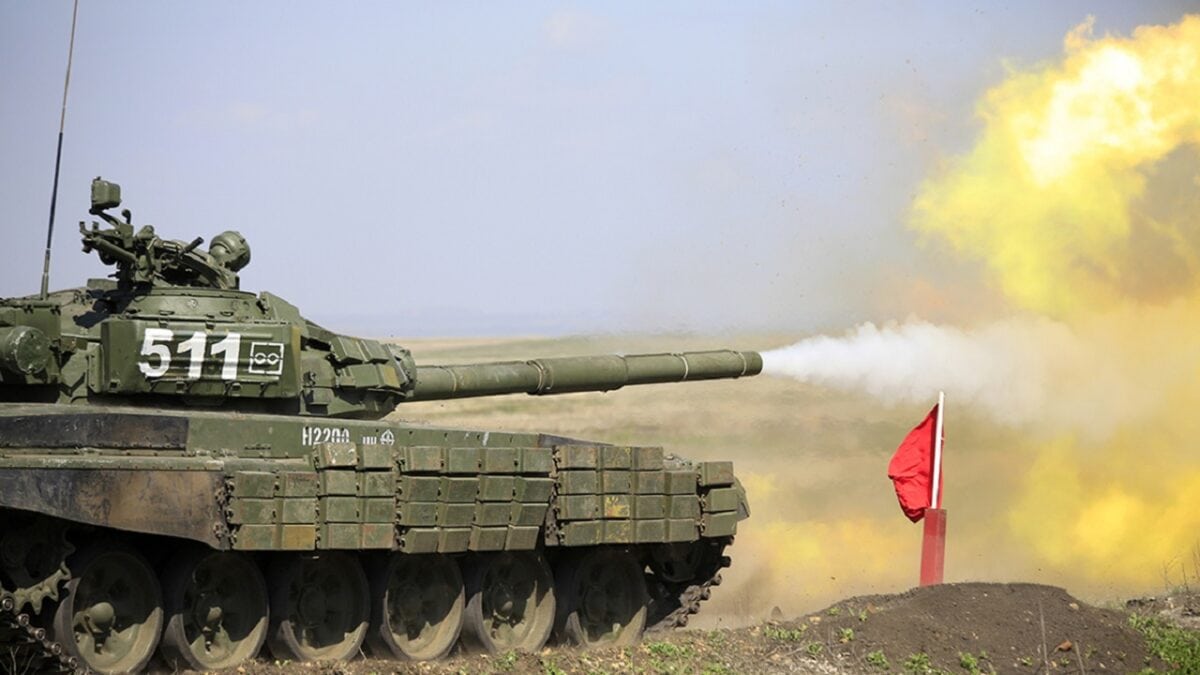 It is clear, however, that wars are not fought on paper, and if anything has been made clear from the outset, the Ukrainian troops have been far more effective and resilient than anyone predicted prior to February. The harsh reality, however, is that the Russian military and government are likewise learning lessons and becoming hardened to the realities of full-scale war. No one can therefore predict with any accuracy how this next phase of war will unfold, but it is very clear that the level of death and destruction is about to rise considerably, making the life of Ukrainian civilians even more horrific.

Now a 1945 Contributing Editor, Daniel L. Davis is a Senior Fellow for Defense Priorities and a former Lt. Col. in the U.S. Army who deployed into combat zones four times. He is the author of “The Eleventh Hour in 2020 America.” Follow him @DanielLDavis.

In this article:featured, NATO, Putin, Russia, Ukraine, War in Ukraine

Daniel L. Davis is a Senior Fellow for Defense Priorities and a former Lt. Col. in the U.S. Army who deployed into combat zones four times. He is the author of “The Eleventh Hour in 2020 America.” Follow him @DanielLDavis1.